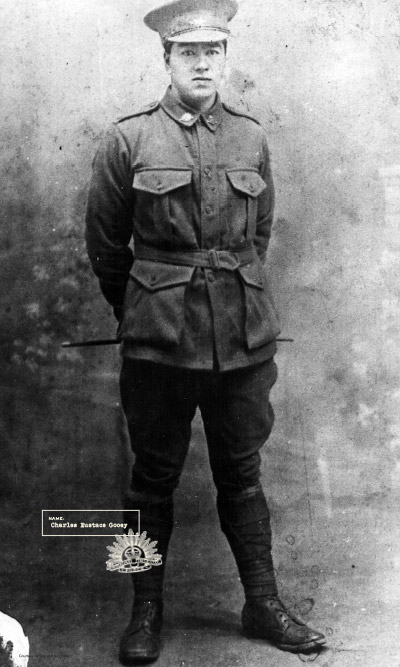 Charles Gooey (1892-1972) and William Gooey (1894-1940) were born in the agricultural district of Lyal to gardener Henry Ah Gooey and his wife Emily (nee Heffer). Both went to school at Lyal with James Ah Fooke, another person of Chinese descent who later served in the First World War. Like the members of the Fooke family, the younger Gooeys too were drawn to the nearby city of Bendigo to find work. It was here that younger brother William (Bill) first attempted to enlist on 11 September 1914, a little more than a month after the British Empire had declared war on Germany. His application was not successful, though there is no explanation written on his form as to why: his details are simply crossed out. Gooey’s height and other measurements seem have met the minimal requirements (the doctor signed the form declaring him fit for active service), so one wonders if his racial heritage was a significant factor in his rejection. In June 1916 Gooey again attempted to enlist in Melbourne (but giving his address as 355 Barnard Street, Bendigo), and this time was successful. William Gooey became a private in the 13th Light Horse Regiment, with which he served in France until his transfer in November 1917 to the 104th Battery of the 4th Field Artillery Brigade as first a trooper, and then a gunner. He was appointed a driver on 3 January 1918, and after a period of illness was transferred to the Australian General Base Depot in June. After that Gooey served in the 2nd Divisional Ammunition Column from late June until September, when he returned to the 4th Field Artillery Brigade, in which he served out the rest of the war as a driver. Bill’s war experiences did later affect his well being and he passed away in 1940 aged 46.
Older brother Charles had a somewhat different war experience. He enlisted in August 1915 and having passed the racial test (a note on the enlistment form declared him “substantially European”) was assigned to the 5th Battalion A.I.F. However he was discharged “for family reasons” on 6 January 1916, and re-enlisted on 10 January for “Home Service”. According to family stories he was a cook at the Broadmeadows training camp – his daughter still remembers his skill at Chinese style cooking using home grown produce. After the war Charles and his wife Sybil eventually made a home for themselves in Redesdale, where Charles owned and operated his own timber mill. Charles and Sybil also changed their family name to the more anglicised Govey and never spoke of the family’s Chinese origins to their children and grandchildren, which is believed by their descendants to be a possible reaction to the racism that Charlie and Bill had experienced growing up. Although Charlie’s army service was relatively uneventful he unfortunately did not entirely escape the tragedy of war – his two sons, serving in New Guinea during World War II, were killed in the same year.
Charles Eustace Gooey / Govey passed away in 1972 at Castlemaine on his 80th birthday. 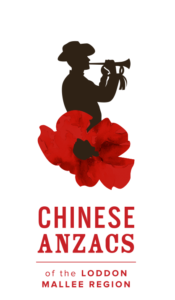